Skopje International Airport is the largest and busiest of the two main airports in Macedonia.  The Roadgrip Airports team were brought in to refresh the paint on the runway, aprons and taxiways.

After driving over 2000km to get there (going through seven border controls, which was interesting due to the high risk of Brexit hanging over us at that time), we arrived on time.

During our two weeks on site at the airfield, we battled against challenging weather and a very busy schedule of flights and aircraft on the taxiways but we completed the runway line marking in good time.

How to make reflective line markings

As you can see from the videos and photos, our expert team of runway painting contractors used machinery and also applied markings by hand.  Using a solvent epoxy paint followed by type 1 drop-on Ballotini beads, we refreshed the paint and increased the reflectivity of the road markings underneath.

We completed over 5000 square meters of lines, symbols and markings on the runway including the piano keys, TDZ, centrelines, numbers, taxiways and 6 stands in the apron areas.

What do runway markings mean?

Roadgrip Airports carry out professional airfield maintenance services throughout the world including line marking, runway grooving, rubber removal, runway hydroblasting, friction testing and AGL.  To find out more, take look at our Airports services or take a look at our other line painting projects. 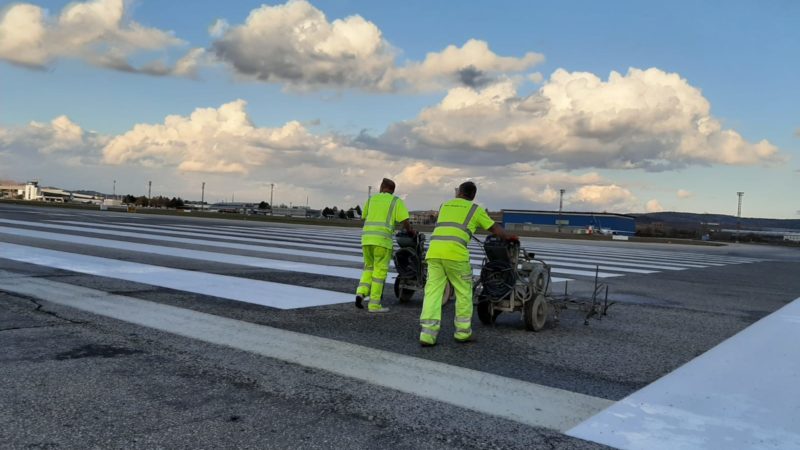 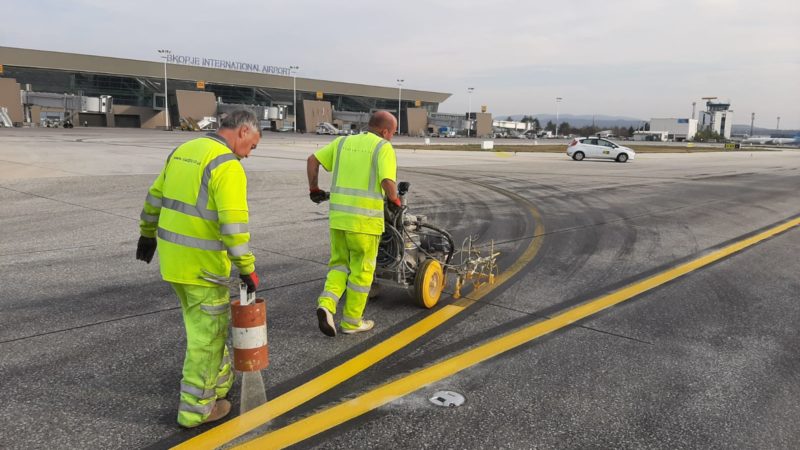 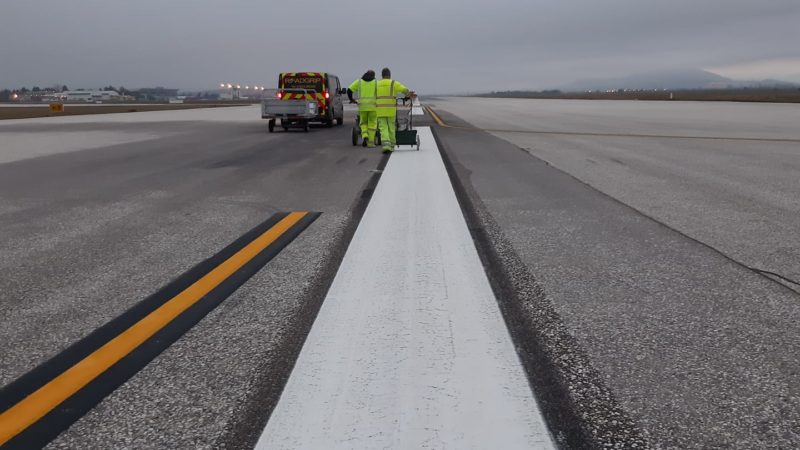 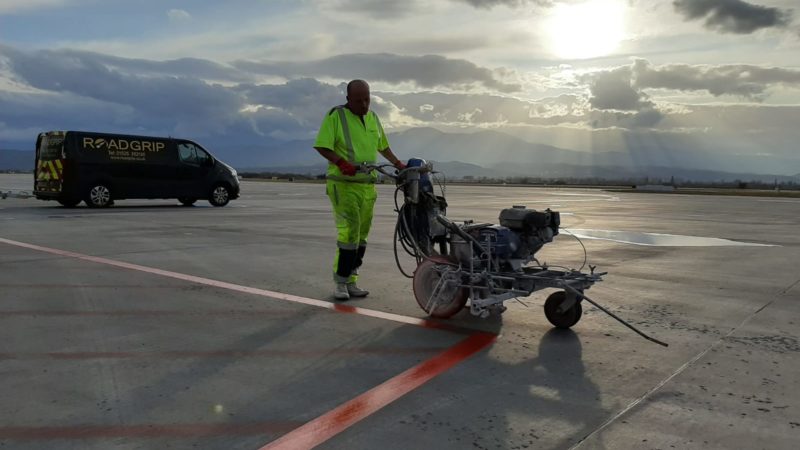 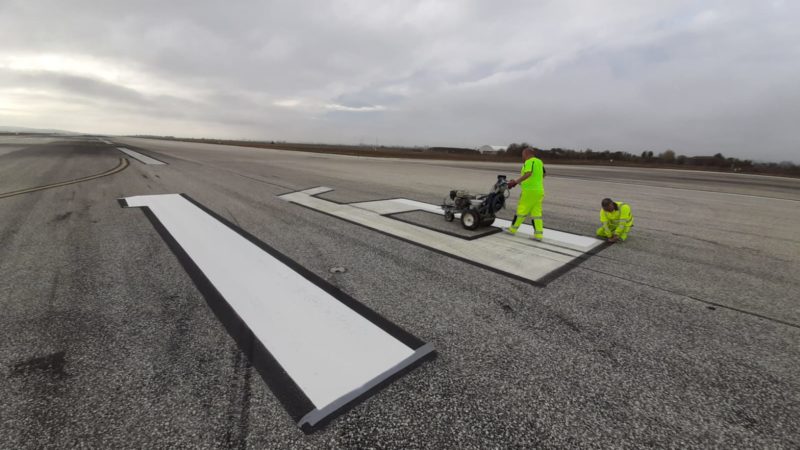 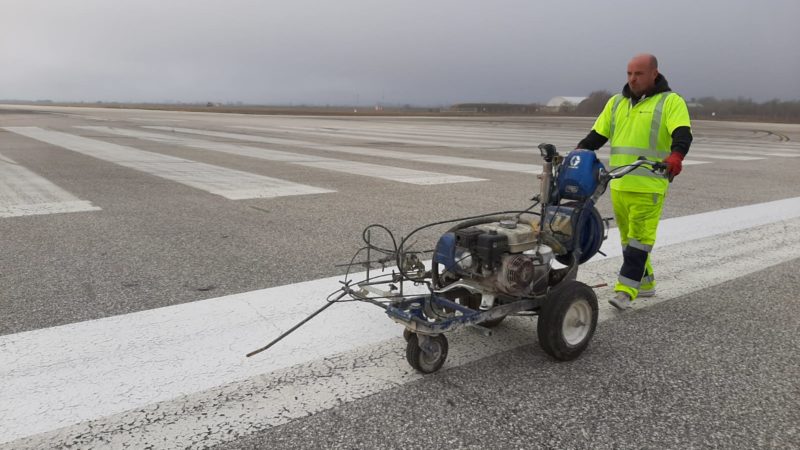 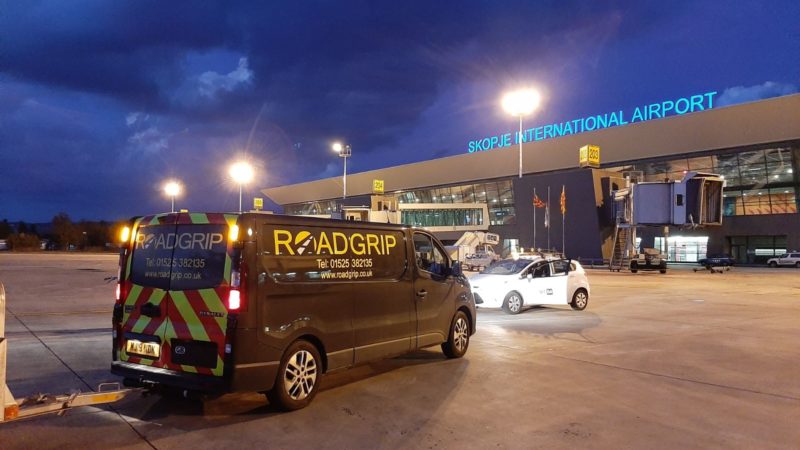 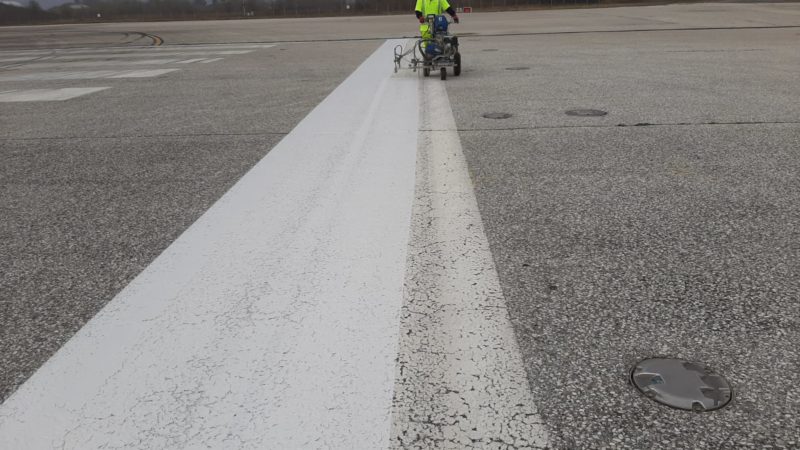 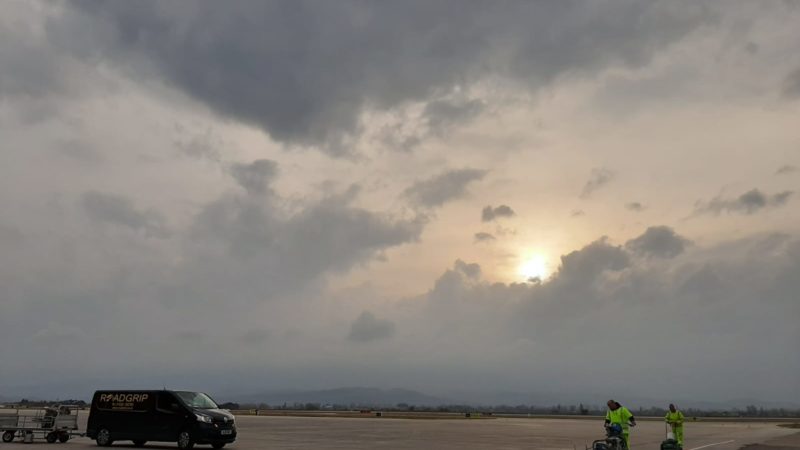 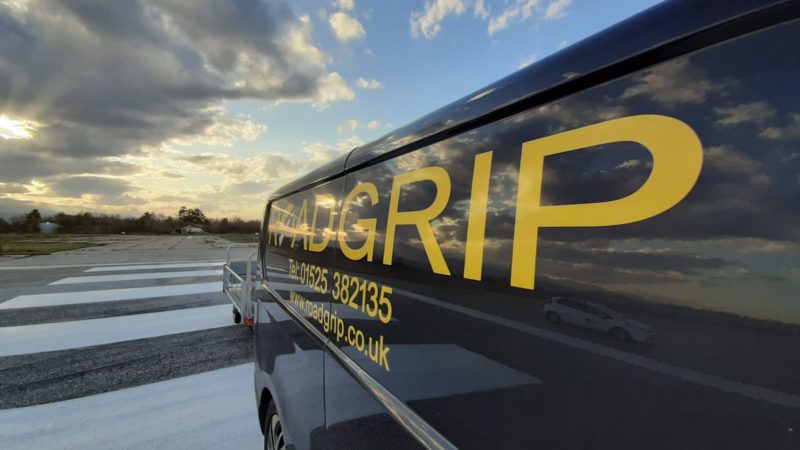 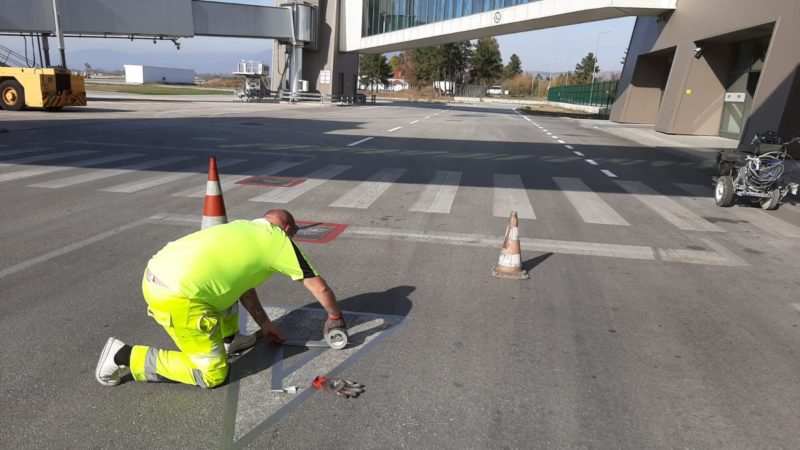 Concrete Cutting and Joint Sealing at Gatwick – Next Project →