Formula One returned to the Styrian Alps for the Austrian Grand Prix in June this year and the Roadgrip Motorsport Team were there to ensure the track markings and run off branding was at their very best!

The circuit had last hosted an F1 event in 2003 and rumours of the Austrian venues return to the calendar followed shortly after its purchase by Red Bull, beginning a major redevelopment of the grandstands and pit buildings.

Roadgrip Motorsport were on site for 2 weeks. In that time we applied all of the necessary track markings, freshening up the look and feel of the circuit ready for the F1 weekend. The Roadgrip team applied all edge lines, kerbs, grid position markings, FIA line markings and verges.

We were also contracted to “brand” the run off areas with bespoke run off designs, large sponsorship logos and Austrian flag based designs.

The weather was as ever, challenging but the beautiful location made up for it.

If you would like to know more about our race circuit services including track painting and track marking, track cleaning, track greening, specialist coatings, specialist surfacing and friction testing, please visit the Roadgrip Motorsport website. 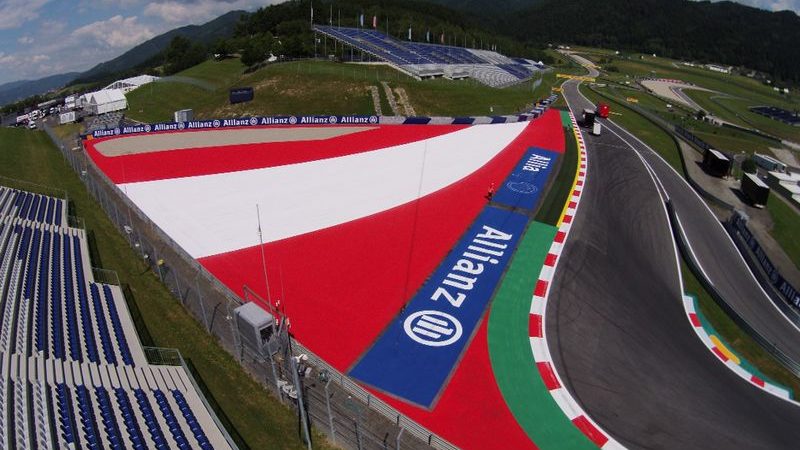 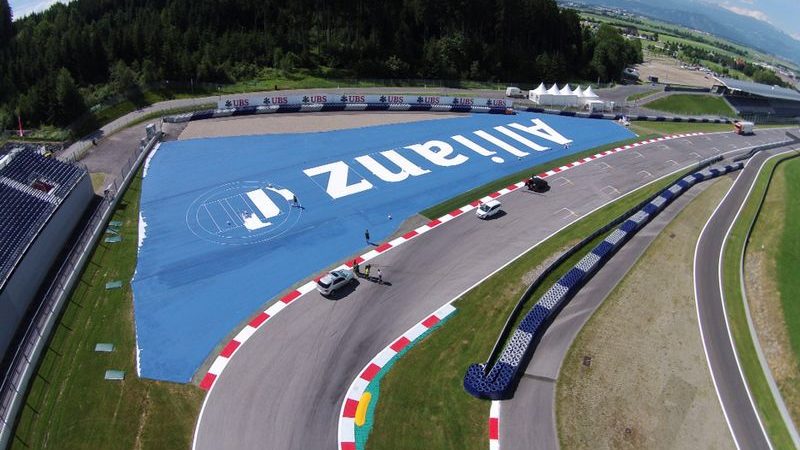